An interesting new study suggests there may be a natural and sustainable way to improve the health of fish in the aquaculture industry; supplementation with olive extracts upcycled from olive oil production.

The functional food additive AQUOLIVE was shown to promote immunity among Atlantic salmon, a solution that could increase production yields for fish farmers, without using synthetic antibiotics or chemicals. The study, published in the journal, “Frontiers in Immunology,” evaluated the effects of AQUOLIVE, a proprietary olive fruit extract, on the innate immune response of Atlantic salmon by analyzing their head kidney (an organ similar to the human adrenal gland).

After being supplemented with AQUOLIVE for 133 days, immunomodulation in the salmon was significantly more active compared to the control group. There was an increased expression of leukocytes, granulocytes, and several other biological markers related to immunity. As a secondary in vivo experiment, the researchers inoculated a common but deadly salmon bacteria (Aeromonas salmonicida) into the fish population at the end of the treatment, and after 12 days, the AQUOLIVE group had significantly higher rates of survival than the control.

The team concluded that the supplementation improved growth parameters, health markers, immunity, and resilience of the fish; while reducing the need for harmful antibiotics and antimicrobials.

Since AQUOLIVE is derived from raw botanical sources in the olive oil industry, this strategy could create a circular bioeconomy between two industries—olive oil and aquaculture—that both need sustainable solutions. 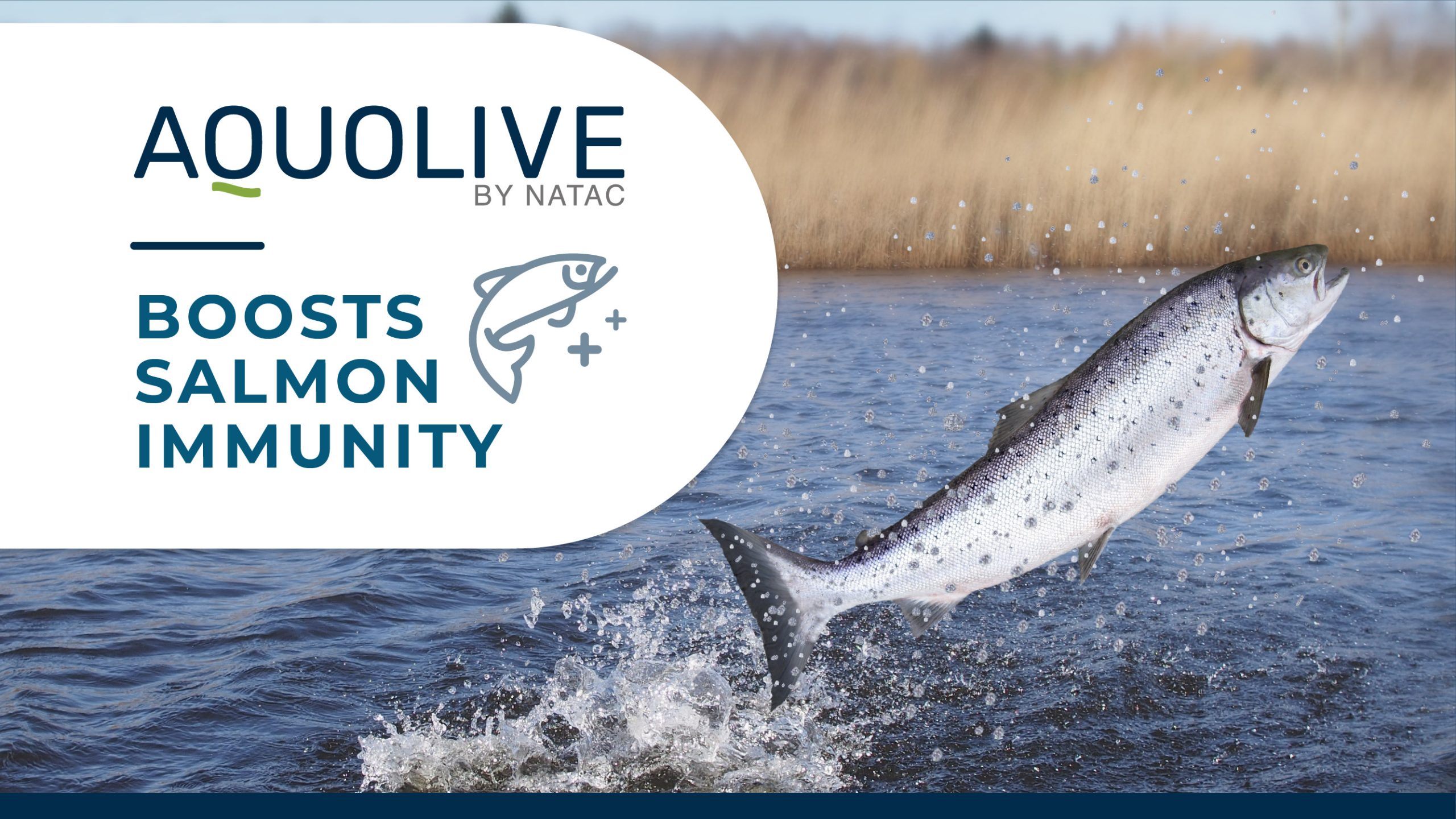 Animal nutrition, Feed, Innovation, Innovative products, Natac Solutions, Olive, Project, R&D
On this website we use our own and third party cookies for analytical metrics. You can accept all cookies or configure or reject their use by clicking on the following buttons. For more information visit our Cookies Policy.